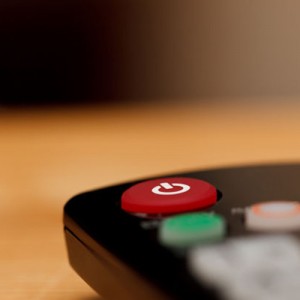 Once in a while you need a break from going out and for couples, making the most of your time home together is very important.  Let’s look a great TV shows for couples.

It’s more common today to catch up on one of the multitude of TV shows out there in a large chunk or marathon viewing.  Some folks will watch entire seasons of a show they missed in a single weekend, and often couples get just as involved and addicted to a storyline as an individual does.  The key is often finding a show that you’ll both enjoy, but we at BeSocial have you covered.

Looking for a good night in?  Have a few nights-in planned?  Let’s look at a handful of the best received and engaging TV shows for couples: 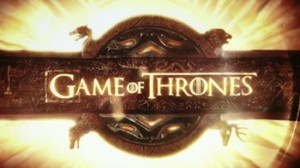 A soap opera set in a fantasy world with swordplay, dragons, boobies and an over-sexed dwarf?  Sign me up!  All kidding aside, Game of Thrones has become an amazing phenomenon.  This HBO series presents a storyline that is as complex and engaging as the show’s visuals.  The series is an adaptation of George R. R. Martin’s fictional fantasy novels, A Song of Ice and Fire and is approaching its 4th season.

What he will like:  Did you see the part about the dragons and boobies?  I could stop there, but this character driven plot has a great story, and yes the women in Game of Thrones are amazingly sexy.  This fantasy world contains intrigue, action, humor

What she will like:  The landscape, the wardrobe, the soap opera style and intermingling story-lines will keep her hooked.  The political intrigue, back-stabbing and splendor found within the continent of Westeros will keep her at the edge of her seat. There are empowering female characters, some of which are so sexy that even she’ll be interested. Wink, wink, nudge, nudge. 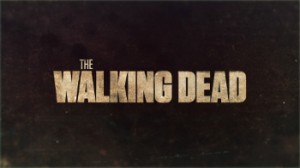 The Walking Dead, the ultra-popular post-apocalyptic zombie survival series is based on an adult graphic novel of the same name.  It’s carried by AMC and is a great mix of survival horror, suspense and a character-driven storyline.  Soon to be in its 4th season, The Walking Dead is a great series for couples how love going to see horror movies together.

What he will like: Zombies! Oh and a strong father-son relationship and story arch that just might make him shed a tear from time to time.

What she will like:  There’s love affairs and a wide arrange of personal conflicts.  The Walking Dead is really a soap opera set in a post-apocalyptic setting.  There are also strong female characters in many forms and realistic displays of how humanity, people will react in extreme situations. 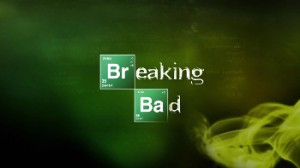 Ah, drugs and science!  This amazing AMC series is currently in its last season.  If you haven’t kept up with Breaking Bad, you can check out previous episodes in a Marathon viewing.  It’s a story of desperation, of inner turmoil all done with a decent amount of action and dark humor.  We see a chemistry teacher end up in the seedy and often disturbing world of crystal meth.

What he will like: It’s a smart show.  Breaking Bad moves along at a great pace and did I mention the action and the drugs?  Oh yea I did.  The science is solid and as accurate as it can be without becoming a DIY guide to meth.

What she will like:  There’s real depth here in the relationships between the characters.  While some of the episodes can get a little crazy, she’ll enjoy it none the less.  It’s a show that despite its content has an underlying theme of family values, devotion and moral consequences.

Orange is the New Black 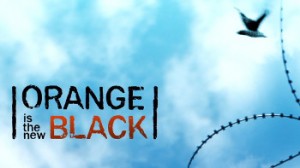 Orange is the New Black is a Netflix original series about life in a woman’s prison.  Sounds hot, I know.  It’s not exactly like those 70’s B-movies about wild women behind bars, but there is a heck of a lot of lesbian talk.  This is a character driven series, about to enter its 2nd season is undeniably written with women in mind.  It focuses on the turmoil, relationships and back stories of the women, how they were incarcerated and how they deal with their current situation.  There’s humor and more light moments than you might expect from a prison show.  Oz with girls this is not, but you know a group of women locked up together won’t exactly get along.

What he will like:   Even if it’s written for women first and foremost, there are many genuinely funny scenes and characters.   Lesbian love is a consistent theme in every episode…there will be some mention of it, a good lesbo joke or some girl-on-girl fun in the showers or other common areas.  It’s not overloaded with nudity but there’s enough to keep him interested. Oh and Donna from “That 70’s show” is there with hot hipster glasses and dark hair. Ya that’s right!  Nerds will also notice Capt. Catherine Janeway working not on “Voyager” but in the Prison Kitchen, engage!

What she will like:  While Orange is the New Black is set in not your typical location, the relationships and the issues faced by the characters seem realistic.  It features solid side-stories and the characters are believable.  It also features an alt-rock theme song that will stick in her head, believe me.

Learn more about Orange is the New Black

Remember to stay tuned for more Great TV Shows for Couples and other dating and relationship advice.