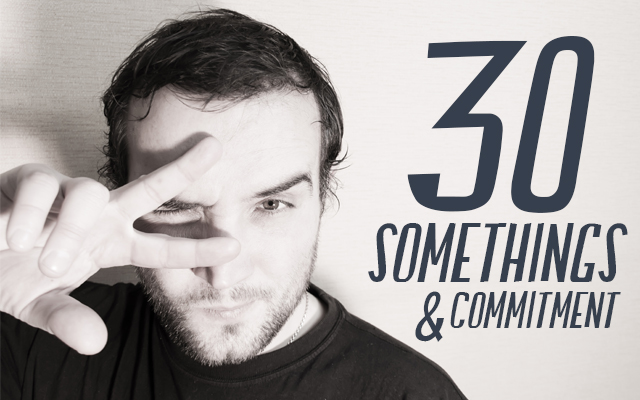 Better yet, are you single AND in your thirties? Did you wait too long? Did you screw up and let the right one go and let all the wrong ones in? When did you stop caring?

Did you watch idly from the sidelines, glistening craft beer in hand, as your peers and colleagues and friends got picked off one-by-one by some demented adulthood lottery? Did you secretly scoff behind your smile as you told your “adult friends” congratulations for getting married and/or having children? Then, after that, did you pool all your resources and insecurities into your career and toil extra hard for the Man? Do you feel like a leftover?

These aren’t hypothetical questions so much as they are real, festering questions that I often ask myself. Why? Because I’m well into my thirties and I’m single too, that’s why. Well, the first thing to do is not beat yourself up, but don’t go light on yourself either. Let’s examine this pragmatically. What is the common denominator when we look at men in their thirties who are still single? Answer: Fear of commitment.

Just accept it. Don’t fight me. Search your feelings. You know it to be true.

In this poignant article/personal Jack Tran diary entry, I am going to explore why 30-something men like you and myself have problems with commitment and why we might just be dying alone and why that terrifying thought doesn’t bother us as much as it should.

But it wasn’t always like this. The yesteryear days of my roaring twenties could be aptly described as one big, mad, unhinged decade-long party with no clear exits in sight. That is, until I turned 30 and somebody finally turned on the flood lights and you get that sinking feeling in your stomach because you know the party’s over and you missed your ride home.

I suppose it’s normal to reflect and get mired in past glories when one cannot create new, meaningful memories to cherish. Like what memories, you ask? Oh, I don’t know. How about the birth of your first-born child to shake your whole universe to its selfish core?

But the longer I look back into my life’s rearview mirror, it’s becoming more apparent to me that I wasn’t single. Mostly. But being a lothario doesn’t equate to not being single. It just means I was a manwhore. It’s almost worse in a way. But then again, I was always one for fleeting pleasures. My past is a graveyard littered with half-assed relationships, short-lived, sexually-charged dalliances and the occasional relationship that was doomed from its first lay and lie.

As if you couldn’t tell, this article about 30-something commitment-phobic men strikes a bittersweet chord with me. Let me explain why I think so many of us are the way we are. Let’s begin.

1.) Damaged From Past Relationships 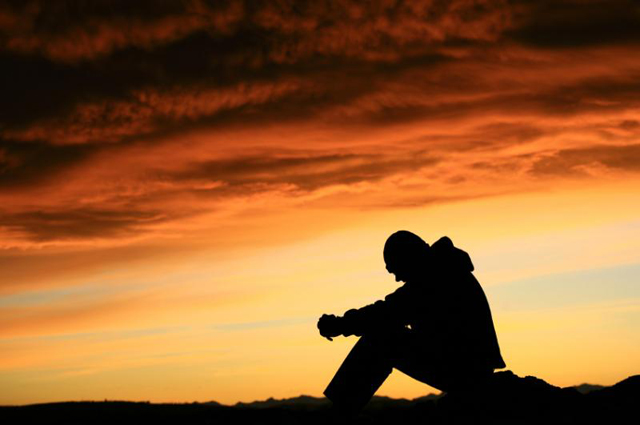 The worst scars are the ones you cannot see. Men in their twenties are wild, virile wolf pups looking to sink their canines into any fresh meat they can find. Crude analogy, I know but nonetheless fitting. By the time a man reaches his thirties, he’ll have accumulated a laundry list of breakup stories. Breaking up takes an incredible emotional toll that isn’t easily matched by other life traumas. There are women I still fantasize about today that I wish I hadn’t let go, or wish I had been a more considerate person so they wouldn’t let ME go. But c’est la vie, mes amis. As a result, my battle-worn heart has become spooked and jaded when it comes to relationships today.

When you’ve had a couple GREAT legendary loves in your life, you subconsciously use those shining beacons as meter sticks in which to measure your current paramour. And for me, at least, they always fall short of my ridiculously bloated expectations.

When you get to know someone intimately in your twenties, it’s much easier to bond because both of you are young and the world is your playground and you can put all those serious “adult” thoughts on the back burner for YEARS to come until later, when you’re alone, by yourself with nothing else to think about.

Am I damaged? Of course, I am. Will I get over it? Of course, I will. But that’s another fallacy unto itself, which brings me to my next point. 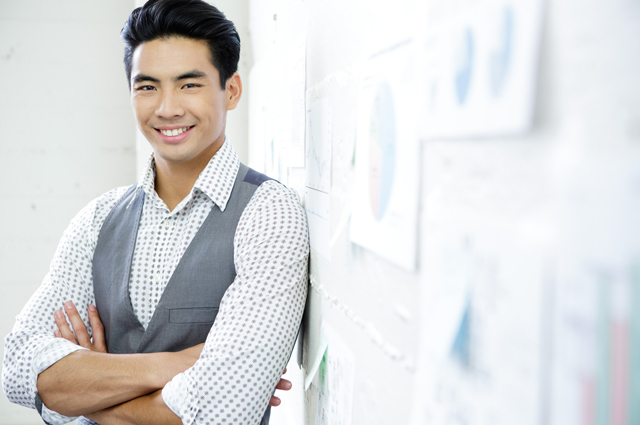 The age of 30 is usually a general crossroads where everyone eventually finds themselves at. You’re basically faced with two options: continue living like you’re in your twenties or put your big boy pants on and get married and have kids, or at least give it serious thought. I chose the former.

Not only is it spirit-crushing to see friends drift away, floating blissfully on the winds of their conviction, but it’s also sadder than hell when you realize you’ve been cornered off from this growing exclusive club of “couples only” gatherings. It’s nobody’s fault, really. It’s just the natural progression of couples and families wanting to seek out the familiar now that you’ve suddenly become a stranger to them with your glaring single status.

I, for one, look extremely young for my age. So my Dorian Gray-like face helps/damns me in deluding myself that Time is on my side when it’s really not. Alright, I’m just going to put all my cards on the table now. No more fluff.

Society is bent and crooked when it comes to the treatment and perception of the sexes. As men age, we stay more or less the same when it comes to desirability. Some of us even get sexier and more attractive as we age. But unjustly, the same rule does not apply for women. (If you want to beat your chest about this blatant sexism, do it in the comments section, I’m busy right now)

So, going by that rationale and coupled with my already ridiculously youthful appearance, I tell myself quite convincingly that if I ever did want to start a family, I could easily find a fertile, young woman in her twenties who’s prime for popping out babies. But for women in their thirties, finding someone to settle down with becomes a race against time. If that societal “pressure” is real, I definitely don’t feel it simply because I’m a male. And I’m in my thirties. I’m in my prime. What a sweet, safe delusion.

3.) I Have Different Priorities 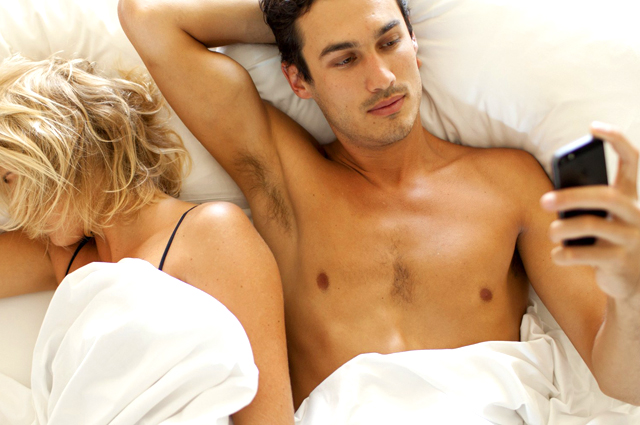 As an adult man, if you have any shred of self-respect, you’re either working or going to school all gung-ho so you can start working. Most men in their thirties are already knee-deep in their careers. Our careers consume all of our time, leaving very little time leftover to maintain a relationship. Do you know what the difference between a job and a career is? You don’t stare at the clock, waiting for home-time to arrive when you have a mere job.

It’s not that we don’t have any time for you. It’s just certain life items carry more weight than others. My priority right now is the advancement of my career, that’s it. Do I think it would be nice to have a relationship? Of course I do, but as the old saying goes: “If you chase women, you’ll lose money. If you chase money, you’ll never lose women.”

Not that I carry some sexist mentality towards relationships. I don’t trivialize them. Don’t think my writing cheapens the concept of finding a partner and loving them. Love is important. Love is essential. Love makes the world go around. I LOVE love! But it’s just not in the cards for me right now. I’m interested in financial stability and peace of mind. I’m interested in true self-actualization. Shedding my old skin and taking care of business. And all of which can be accomplished by myself!

It’s inevitable with everyone. You have to eventually choose between your relationship and your goals. Since I didn’t meet my soulmate in my twenties, or rather, things simply were fated to end badly, it’s better to spend today’s time inching towards self-happiness than to pine over what would’ve, could’ve, and should’ve been.

The thing about aborting a relationship because of doubt is you’ll never know if you were right. But look at the alternative. Would you rather be cautious and picky? Or settle with someone you know you don’t love as much as they might love you. It’s colossally unfair. Not to you. But to them. 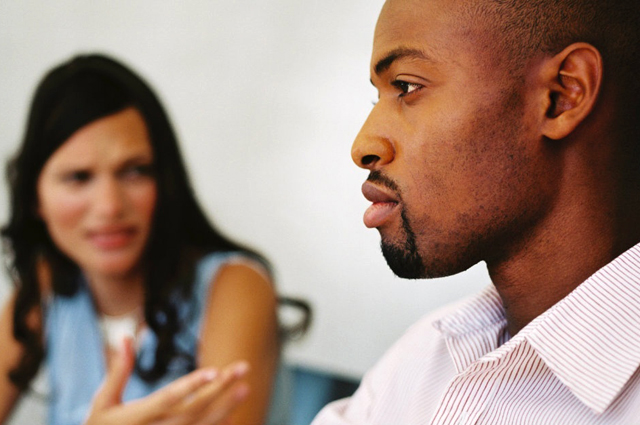 As a 30-something man, I totally know what I want in a potential mate. I won’t settle for anything less than my “soul mate” but the reality is, my lofty expectations are a double-edged sword. On one hand, it’s good to know exactly what I want in a partner, but on the other hand, my expectations have become completely unrealistic over the years.

When a man in his thirties starts dating you, he’s at least somewhat interested in you or else he wouldn’t bother wasting his most precious commodity on you and that is his Time. Years ago, I thought I had met the one. We kissed and her lips felt like home. Whether I was being subconsciously egged on to take things with her to a more serious level just because all of my friends were putting rings on their lovers, I will never really know.

But I do know this: when it came to commit, I bailed. I was being backed up against a cliff with nowhere to go until I closed my eyes and just slipped off the edge. In retrospect, it just didn’t “feel” right to me at the time and today, as I write this, it still doesn’t. Every man in his thirties who seems afraid to commit shares this very same nightmare: to marry and spend one’s life with the wrong person.

I can’t think of any worse hell than that.

5.) I Really Have No Idea What I Want 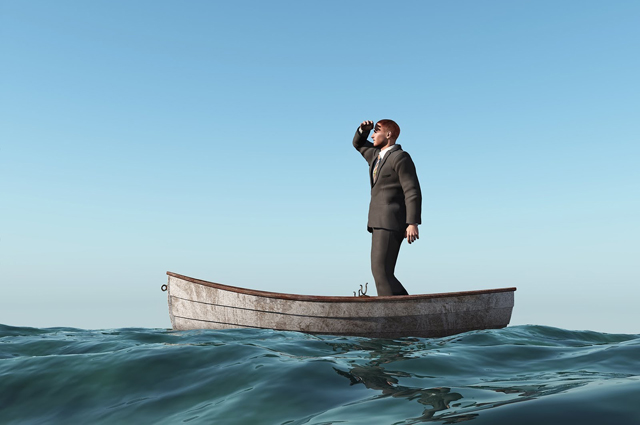 Have you heard the term “Occam’s razor” before? It basically means out of all the possible solutions to a problem, the one that has the fewest assumptions should be selected, meaning the easiest, most obvious answer is most likely the cause of the problem.

Why are 30-something men afraid to commit? Using Occam’s razor, the answer is easy. We simply don’t know what we want. Yet.

I knew what I wanted when I was in my early twenties. But life was easier then. Now that I’m in my thirties, I feel like I’m an abandoned ship perilously lost at sea, my anchor long gone and my compass is smashed. I’m riding weird, wild currents while trying to quell the mutiny of my youth and stay on course. Like I know where I’m going. But the direction doesn’t matter as long as it’s forward motion. I’ll hit land soon enough.

Men in their thirties always fall back on the assumption that they don’t need to have babies. As if there was a “Build-A-Baby-Store” that we could visit at the mall. There’s no sense of urgency because our lives are out of whack and so naturally, our priorities are alien to you. We failed to launch when we were supposed to, so now, we’re desperately trying to find meaning in our lives. And we each find meaning in different ways.

The crux of all of this is you simply don’t know what we’ve been through the last couple decades that irrevocably shaped us into the commitment-phobic men we are today. We’re wary for a reason. At least we can commit to that.